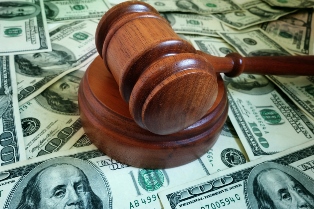 A federal jury in Oregon awarded a woman $18.4 million in punitive damages against Equifax Information Services in what is considered to be the largest Fair Credit Reporting Act (FCRA) verdict in history. The plaintiff, Julie Miller, was also awarded $180,000 in actual compensatory damages for Equifax’s “willful” violations of the requirements of the FCRA.

In 2009, Miller was denied credit from a bank due to negative items on her Equifax credit report.  According to the lawsuit filed by Miller, Equifax’s credit report contained false identification information, an incorrect Social Security Number, false derogatory collection accounts attributed to Miller, and an incorrect birthday.  As it turns out, Equifax was reporting information regarding another person with a similar name on Miller’s credit report.  This is commonly referred to as a “mixed file” FCRA case.  After finding the errors on her Equifax credit report, Miller disputed the incorrect information on nine different occasions over a period of 18 months.  Equifax refused to correct the errors and Miller filed a federal lawsuit under the FCRA.

The FCRA provides that a consumer can recover damages from any defendant who fails to comply with the law.  If the violations were “negligent,” a consumer can recover actual damages, attorney’s fees, and costs.  If the consumer can show that the violations were “willful,” a consumer may recover statutory damages, actual damages, punitive damages, as well as attorney’s fees and costs.  When asked about the Oregon FCRA verdict, LeavenLaw consumer law attorney Aaron Swift stated, “While an $18.4 million verdict is an exception rather than the norm in FCRA litigation, it does signal that juries and courts are taking these lawsuits more seriously.  A consumer’s credit file is very important as it impacts a person’s ability to obtain credit, insurance, or even a job.” Swift adds, “Filing an FCRA lawsuit is a powerful tool to invoke your rights as a consumer.”

If you feel your Fair Credit Reporting rights have been violated, please feel free to call LeavenLaw to schedule a free consultation to discuss your potential case, at (727) 327-3328, or visit the firm’s website at www.LeavenLaw.com.